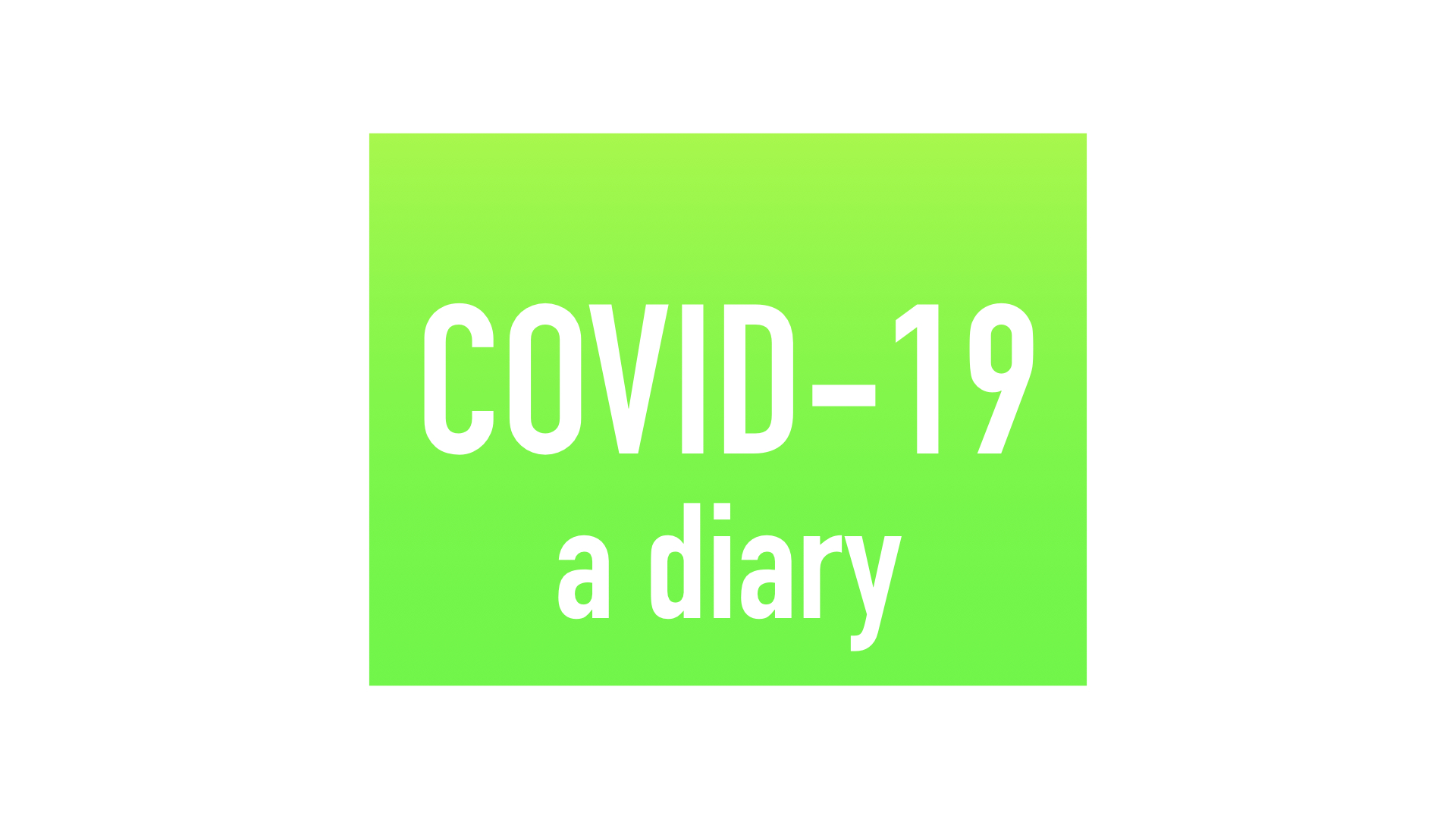 “Dad, can we take Lars some food?” my youngest asks as we drive away from visiting the cousins at Grandma’s house.

We should. Every day we can. “We will,” I tell her, but right now we’re on our way to get pizza for the last time for… a while. Should we even be doing that right now?

“I’m so stressed out!” our oldest daughter cries out over the pizza boxes. “Everybody’s saying, ‘You can’t go here, you won’t be able to go there–‘ I just want to go back to school! I wish spring break was over tomorrow and we didn’t have to plan our lives around what we won’t be able to do!”

But painting the inside of the house has come up again. This time, not because we’re disgruntled with the color of our walls, but because it’ll be something to do. For days and days. Nice and slow.

We’re also going to get canvases for the girls to make some artistic paintings.

And we’ll practice our musical instruments for longer periods of time.

And maybe we’ll finally get a family devotional going.

And I’m thinking I’ll set some sit-up goals. Push-ups too.

And maybe I’ll grow my beard. That’s something to do.

Earlier today, we went with the cousins down to the river to gather dry sticks. The kids’ aunt had them dye Easter eggs. Then she glued them to some ribbon, placed the sticks in a vase and hung the eggs on the sticks. I called it the Charlie Brown Easter Tree.

While we were gathering sticks I met a man who was sitting on a log with a computer on his lap and just about told me his life story. From Nigeria. In the supply industry. Oil. Well educated. The members of his tribe back home all have doctorates. Been working crazy hours recently. Without gas being supplied to the local communities… it’d be bad fast. Had a lot to say about the U.S. and how people are stocking up on guns???? Now??? And why do Canadians rip the toilet paper off the shelves when they should be reaching for vitamins? Why are the vitamin shelves full?

Eventually I asked him if he had a blog.

Told him I’d visit it and connect with him. Felt prompted to ask if with all his education if he’d had any religious instruction. Said he was a Christian. Turns out we’ve been to the same African-led international church on Friday nights. “It’s so obvious Christ is coming back soon,” he said. “The wars, the famines, the pestilence, the unrest, the earthquakes… all happening like Jesus said.”

“Last week,” I told him, “I had just hung up the phone with my employer, talking about which school I’d be at after spring break and I thought, ‘There’s so much going on, this could be it. Jesus could be coming back!’ Now, I’ve heard that all my life, and thought yes, one day, but now… It really could be any day now! I got so excited to actually think that! …And then the bell rang and I had to go off to class, and the feeling passed, but standing here, talking to you… It’s back!”

We talked for a bit more, and then I walked away, only to be turned around again because I needed to ask this guy if we could pray for the people in the local area, that they would recognize their need for Jesus. He said yes, and then he prayed the most complete, thorough, Jesus-centered prayer–it was as though he’d been waiting to be asked all day–all I could say was, “Amen! Come quickly, Lord Jesus!”